The protests against Apartheid galvanised a generation across the world. This new Seminar Study gives the background to the system that made Nelson Mandela a household name.

Focusing on the rise and fall of Apartheid, this new introductory text explores the history of South Africa from 1948, when the Nationalists came to power, until its dramatic collapse in the 1990s. Two introductory chapters set the system of Apartheid in historical context, looking at the origins of population, slavery and early manifestations of racism, and the consolidation of white rule. The core of this book focuses on how Apartheid evolved during the Nationalist period, the rise of the opposition and the collapse of the system, through to its continuing legacy today. 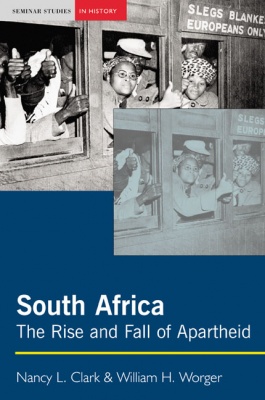