The Sophists - An Introduction
O'Grady, Patricia F.
29,70 €
Kustantaja:
Bloomsbury Publishing PLC
Sivumäärä:
256 sivua
Asu:
Pehmeäkantinen kirja
Julkaisuvuosi:
2008, 17.06.2008 (lisätietoa)
The Sophists were bold, exciting innovators with new ideas about Athenian society. The first to arrive, in about 444 BC, was Protagoras. During the last half of the fifth century BC he was followed by a succession of 'new age' itinerant instructors who were skilled in teaching. Mainly they taught the young ambitious men of Athens, instilling in them the skills they sought in order to become successful, that is, rich and influential. The Athenians flocked to hear them and enrol in their courses. The Sophists dared to charge high fees for their instruction and their students willingly paid.The Sophists were versatile and multi-talented. It seems that there was nothing one or other of them could not teach, but perhaps their greatest legacy to western society was their development of language, which, naturally, also benefited them in their work.Plato criticised the Sophists for promoting dangerous ideas which threatened the traditional structure of society. They taught their students how to argue convincingly and to turn the weaker argument into a winning argument against the stronger. Plato was markedly vitriolic in his criticism of the Sophists. Perhaps he was justified.
Were the Sophists clever, rather than wise? Where does the truth lie? This book, with its lively, comprehensive treatment of the subject by twenty leading scholars in the field, will help the reader to decide. 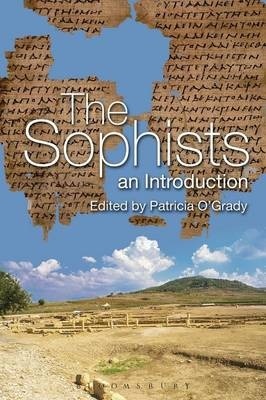