Ego Damage and Repair - Toward a Psychodynamic Neurology
J. Allan Hobson
249,90 €
Kustantaja:
Taylor & Francis Ltd
Sivumäärä:
220 sivua
Asu:
Kovakantinen kirja
Julkaisuvuosi:
2019, 14.06.2019 (lisätietoa)
As a psychiatric trainee at Harvard in the early 1960s, Dr Allan Hobson was taught commitment to psychoanalytic theory that was already suspect and is now almost entirely obsolete. Via a series of clinical case reports, the author first apologizes for the arrogant ignorance that he adopted from his teachers and then replaces Freudian doctrine with a scientific alternative called Psychodynamic Neurology. The new approach is solidly grounded in sleep and dream science and restores hypnosis to its rightful place in the therapeutic armamentarium. A central precept of Ego Damage and Repair is that the self and its subjective experience (including symptoms) are natural accompaniments of spontaneous and prenatal brain activation that persists throughout life as REM sleep dreaming. Far from being the nonsense theory that psychoanalytic opponents mock, Psychodynamic Neurology views the unconscious as a hyper-meaningful set of predictions about the world that constitutes a virtual reality model which is continuously updated by personal experience. To showcase the changes in psychotherapeutic practice that are recommended, the self treatment of Dr Glen Just is described in detail. 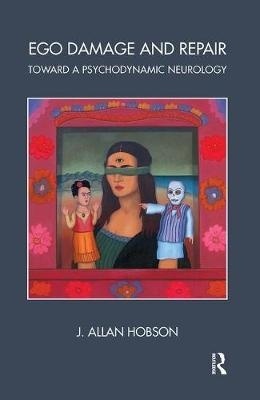