Gesture and Film - Signalling New Critical Perspectives
Nicholas Chare, Liz Watkins
130,20 €
Kustantaja:
Taylor & Francis Ltd
Sivumäärä:
168 sivua
Asu:
Kovakantinen kirja
Julkaisuvuosi:
2017, 23.05.2017 (lisätietoa)
Gesture has held a crucial role in cinema since its inception. In the absence of spoken words, early cinema frequently exploited the communicative potential of the gestures of actors. As this book demonstrates, gesture has continued to assume immense importance in film to the present day. This innovative book features essays by leading international scholars working in the fields of cinema, cultural and gender studies, examining modern and contemporary films from a variety of theoretical perspectives. This volume also includes contributions from an esteemed actor, and a world renowned psychologist working in the field of gesture, enabling a pioneering interdisciplinary dialogue around this exciting, emerging field of study. Drawing on philosophy, psychoanalysis and psychology, the essays think through gesture in film from a range of new angles, pointing out both its literal and abstract manifestations. Gesture is analysed in relation to animal/human relations, trauma and testimony, sexual difference, ethics and communitarian politics, through examples from both narrative and documentary cinema. This book was originally published as a special issue of the Journal for Cultural Research. 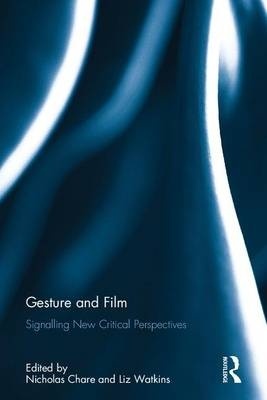