Candidates for Fame - The Society of Artists of Great Britain 1760-1791
Matthew Hargraves
67,30 €
Kustantaja:
Yale University Press
Sivumäärä:
280 sivua
Asu:
Kovakantinen kirja
Julkaisuvuosi:
2006, 01.02.2006 (lisätietoa)
In 1760 an innovation transformed the character of artistic life in Great Britain: the first public exhibition of art. The successful London exhibition was repeated in 1761, but a dispute in the wake of the first show split exhibitors into rival groups, among them the Society of Artists of Great Britain. This book is the first to examine closely the Society from its origins to its demise in 1791. Matthew Hargraves looks at the politics and personalities behind the earliest public exhibitions of British art and uncovers the profound impact of the Society of Artists on the history of British art.The book analyzes the motivations behind public exhibitions and the competing interests that shaped their development. It offers new insights into the infighting in the Society of Artists that led to the foundation of the Royal Academy and the subsequent rivalry between the two institutions. Far from being eclipsed by the Royal Academy, the Society provided a serious alternative and acted as a haven for some of the leading artists of the time. 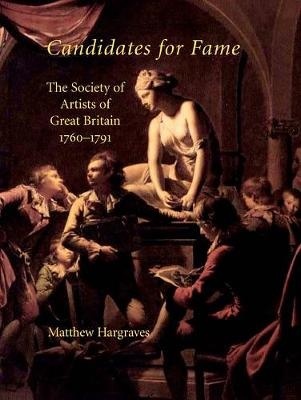