"A sweet windfall of history and inspiration." -Kirkus (starred review)

"This picture book may resonate with science-minded children." -Booklist

A tree may seem like a rather ordinary thing. But hundreds of years ago, a tree was about to embark on an extraordinary journey. And it all started with just a speck of a seed. . . .

It began in the 1600s with a seed that became the tree that grew the apple that fell right before Isaac Newton's eyes. This seemingly simple event sparked one of the greatest scientific discoveries-Newton's theory of gravity! A chain reaction of ideas and discoveries followed from the likes of Albert Einstein and Stephen Hawking, who traveled to the place where these scientific journeys began-Isaac's tree.

From rocketing into space to adorning the queen's carriage, the Gravity Tree's unexpectedly remarkable and true life story is a tale for the ages. Award-winning journalist Anna Crowley Redding unearths the story of how something so small could change the world. The Gravity Tree is a beautiful nonfiction picture book to share at home or in the classroom.

A Bank Street Best Children's Book of the Year

A Kirkus Children's Best Book of the Year 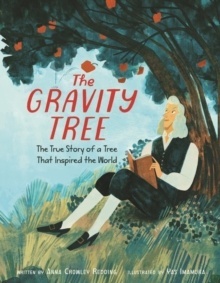