Marx's writings on and ideas about social transformation have figured prominently in the global Left imagination for more than 150 years. At the end of the twentieth century a number of factors seemed to converge to mark the end of Marxism's influence on the world and, as a result, by the late twentieth century the relevance of Marxism was under question by both the Left (including Marxists) and Right. The decline was relatively short-lived, however, as the 2008 economic crisis brought into sharp relief the catastrophic effects of financialised capitalism and the need to (re)find alternatives.

In the second decade of the twenty-first century, the revival of Marxism is finding new sources of inspiration that revolve around four primary factors: the importance of democracy for an emancipatory project; the ecological limits of capitalism; the crisis of global capitalism; and learning lessons from the failures of Marxist-inspired experiments. This is not simply a return to nineteenth and twentieth century understandings of Marxism. Rather, the twenty-first century has seen enormous creativity from movements that seek to overcome the weaknesses of the past by forging fundamentally new approaches to politics that draw inspiration from Marxism along with many other anti-capitalist traditions such as feminism, ecology, anarchism and indigenous traditions. The Marxism of many of these movements is not dogmatic or prescriptive, but rather open, searching, dialectical, humanist, utopian and inspirational. This edited volume introduces some contemporary approaches to Marxism and explores some of the ways in which Marxism has been used in Africa. 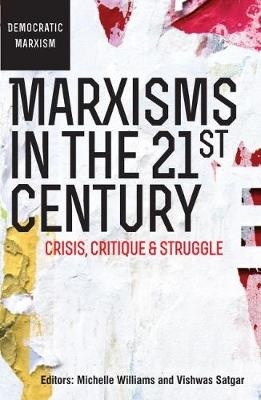