Kind of Blue
Ashley Kahn
12,10 €
Kustantaja:
Granta Books
Sivumäärä:
368 sivua
Asu:
Pehmeäkantinen kirja
Julkaisuvuosi:
2018, 04.10.2018 (lisätietoa)
In the early spring of 1959, six musicians went into the 30th Street Studio in New York. Nine hours later, they had recorded one of the finest albums of the twentieth century.

Kind of Blue traces Miles Davis's development into an artist capable of making such a masterpiece, and explores the careers and struggles of the musicians who shaped him and played alongside him. Using interviews and pictures, studio dialogue and outtakes, the great jazz historian Ashley Kahn follows Miles and his group into the studio, to show precisely how the greatest jazz record of all time was made, how it was introduced to the world, and how it changed music forever. 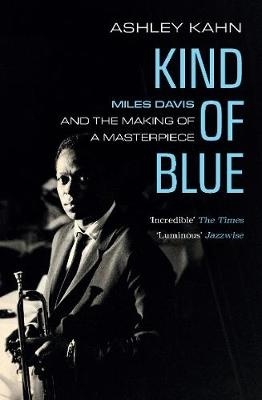