Film und Kino als Spiegel
Viola Rühse
82,80 €
Kustantaja:
Gruyter, Walter de GmbH
Sivumäärä:
320 sivua
Asu:
Kovakantinen kirja
Julkaisuvuosi:
2022, 07.03.2022 (lisätietoa)
One of the most versatile journalists of the 20th century, Siegfried Kracauer was a passionate cinema-goer who, as a film critic and theorist, managed to professionalize his hobby. This volume addresses a selection of Kracauer's writings on film from before his American exile in 1941, which represent important sources for the film and cultural history of the Weimar Republic. It presents new interpretations of little-explored areas of Kracauer's work, such as his proposals for films, in addition to revisiting subjects of earlier scholarship, like his views on female cinema-goers. From the perspective of Bildwissenschaft (image science), a variety of visual media from the period, including magazine and newspaper illustrations, cigarette pictures, and paintings by Edward Hopper among others, are taken into account. 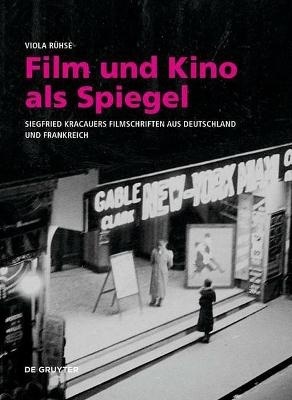