Imperium
Ryszard Kapuscinski Kapuscinski
12,10 €
Kustantaja:
Granta Books
Sivumäärä:
352 sivua
Asu:
Pehmeäkantinen kirja
Julkaisuvuosi:
2019, 07.02.2019 (lisätietoa)
Imperium is a classic of reportage and a literary masterwork by one of the great writers and witnesses of the twentieth century. It is the story of an empire: the constellation of states that was submerged under a single identity for most of the century-the Union of Soviet Socialist Republics. From the entrance of Soviet troops into his hometown in Poland in 1939, to just before the Berlin Wall came down, as the USSR convulsed and died, Kapuscinski travelled thousands of miles and talked to hundreds of ordinary Soviet people about their extraordinary lives and the terror from which they were emerging. 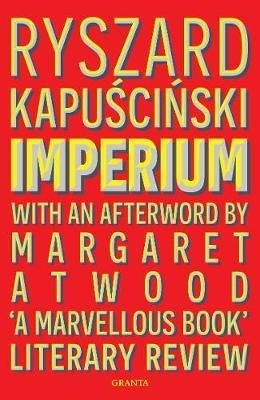