Sexual Desire and Romantic Love in Shakespeare - 'Rich in Will'
Joan Lord Hall
149,80 €
Kustantaja:
Edinburgh University Press
Sivumäärä:
280 sivua
Asu:
Kovakantinen kirja
Julkaisuvuosi:
2021, 31.08.2021 (lisätietoa)
Beginning with how the signifier 'will' operates in Shakespearean contexts, this book, unlike other studies, deals fully with how Shakespeare's plays treat the issue of rape and sexual coercion, and how far the plays reflect early modern views on the role of sex and love in marriage. It assesses in more detail than ever before the ways in which heterosexual love relationships in Shakespeare's plays are challenged by homoerotic attraction and same-sex friendships. Joan Lord Hall also explores in depth incestuous currents in the plays: the issue of sexual desire within the family. Referring to every play in the canon as well as to Shakespeare's narrative poems and several sonnets, she explores the dark side of 'will' (rape and sexual coercion) before analysing the playwright's critique of Petrarchan and Neo-Platonic conceptions of love that bypass desire. It also covers his sceptical approach to 'fancy' driven chiefly by visual attraction, presenting a comprehensive, fresh understanding of sexual desire and romantic love in Shakespeare. 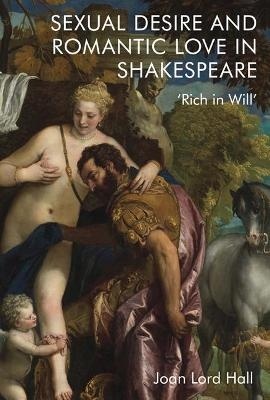