Username: Evie
Joe Sugg
20,00 €
Käytetty alk.
20,00
Kustantaja:
Running Press
Sivumäärä:
192 sivua
Asu:
Pehmeäkantinen kirja
Julkaisuvuosi:
2015, 22.09.2015 (lisätietoa)
The first book by YouTube star Joe Sugg tells the story of Evie, a socially-isolated teenage girl who struggles to fit in at high school. Always looking for a way to escape, she spends her nights supporting her terminally-ill father, who is tirelessly working on a computer program. When her father passes away, Evie is forced to live with her aunt, uncle, and cousin--Mallory--who is the most popular girl in school and the bane of Evie's existence. One night, as she's going through her father's computer, Evie stumbles on a strange file that sucks her into a virtual world. As Evie explores this strange, new land, she learns it was the project her father was working so tirelessly on: a virtual Eden where Evie can get away and be herself. However, Evie is not alone; Mallory also discovers the world and her presence causes the idyll to descend into chaos. Now Evie must save the virtual world or lose her last connection to her father. 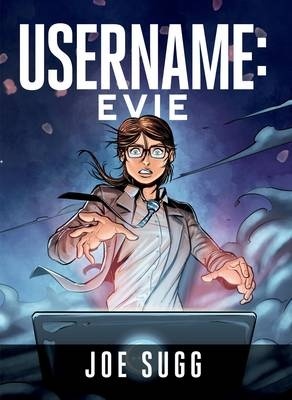