Yhteystiedot | Toimitusehdot | Asiakaspalvelu
Otaku Spaces
Patrick W. Galbraith
45,90 €
Kustantaja:
Chin Music Press
Sivumäärä:
240 sivua
Asu:
Pehmeäkantinen kirja
Julkaisuvuosi:
2012, 03.05.2012 (lisätietoa)
"Otaku Spaces sets out to explain the complicated subculture of otaku through the stories of otaku themselves...Galbraith and photographer Androniki Christodoulou allow the otaku subjects they feature to take control of their own narrative." - Wired.com Raw File "This is a terrain of contested meanings. And 'you' (the original meaning of the word otaku in Japanese) are entering it. Invite otaku into your home and heart, as they have invited you into theirs." - The Huffington Post "A peek into an otaku's bedroom or living space can be a bit of a surprise for the average person...Patrick W. Galbraith digs even deeper into the way otaku choose to decorate their surroundings, and the reasons why they choose to do so in the way that they do." - CNN "Geek Out!" "The book is certainly a beautiful object...There's such an intimate air to Christodoulou's photographs that you have to imagine what the subjects are hiding...But the interviews appeal, in the end, to our commonality: A few of the subjects gently point out that if people are honest with themselves, everyone is a little bit otaku about something."
- The Stranger (Starred Review) "(Galbraith) clearly knows his stuff, and also has a genuine regard and respect for people that it would be easy to make fun of. Christodoulou has a real eye for capturing the essence of the otaku world, and the large-scale format (9" by 9") and high-quality color printing in this book show her work off to its best advantage. Even if you're not an otaku yourself, Galbraith and Christodoulou do such a good job of capturing the flavor of these subcultures that reading Otaku Spaces is the next best thing to a trip to Japan." - PopMatters Otaku--nerd, uber-fan, obsessive collector. Since the 1980s, the term has been used to refer to fans of Japanese anime, manga, and video games. The word appeared with no translation on the cover of the premier issue of Wired magazine in 1993. Patrick W. Galbraith has produced a groundbreaking work of reportage that takes us beyond the stereotypes of "weird Japan" and into the private rooms of self-described otaku. Interviews and more than fifty color photos reveal a seldom seen side of these reclusive Japanese collectors.
They talk frankly about their collections of blow-up dolls, comic books, military paraphernalia, anime videos, and more. Galbraith follows the collectors to their favorite shops and shows how public space in Japan is starting to mimic the look and feel of the otaku's private room. He also interviews Japan's top cultural critics, helping to place otaku culture in wider sociological and economic contexts. Galbraith broadens his interview focus even further to include otaku from the United States and the United Kingdom, forcing those of us who live in any hyper-consumerist culture to admit that we can and do have otaku tendencies. Patrick W. Galbraith--a self-described otaku with the anime tattoos to prove it--is a PhD student at the University of Tokyo and the author of The Otaku Encyclopedia (Kodansha Limited). He also blogs at the popular Otaku2 and is widely considered one of the foremost American experts on Japan's pop culture. Androniki Christodoulou is a freelance photographer based in Tokyo, Japan. 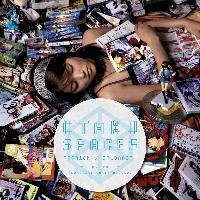