A Dialogue with Nature: Romantic Landscapes from Britain and Germany
Matthew Hargraves, Rachel Sloan
41,10 €
Kustantaja:
PAUL HOLBERTON PUB
Sivumäärä:
84 sivua
Asu:
Pehmeäkantinen kirja
Julkaisuvuosi:
2014, 20.05.2014 (lisätietoa)
"The artist should not only paint what he sees before him," claimed Caspar David Friedrich, "but also what he sees in himself." He should have "a dialogue with Nature". Friedrich's words encapsulate two central elements of the Romantic conception of landscape -- close observation of the natural world and the importance of the imagination. Exploring aspects of Romanticn landscape drawing in Britain and Germany from its origins in the 1760s to its final flowering in the 1840s, this exhibition catalogue consiers 26 major drawings, watercolours and oil sketches from The Courtauld Gallery, London, and the Morgan Library and Museum, New York, by artists such as J.M.W. Turner, Samuel Palmer, Caspar David Friedrich and Karl Friedrich Lessing. It draws upon the complementary strengthsy of both collections -- the Morgan's exceptional group of German drawings and The Courtauld's wide-ranging holdings of British works. A Dialogue with Nature offers the oppotunity to consider points of commonality as well as divergence between two distinctive schools. 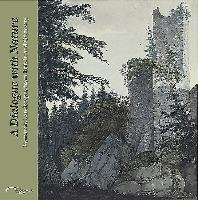